Man, from the beginning of time, has always been occupied with searching the meaning of his existence in this universe.


Using celestial symbols and natural signs, humans have tried to give purpose and direction to their life.

Astrology, as a branch of pseudo-sciences, is a modern discipline yet an ancient method to understand and categorize the nature and behaviors of human beings.

Astrological studies deal with the study of Zodiac signs, Horoscope, Natal charts, etc., to develop an understanding of personality type and compatibility of an individual with others.

The sun and moon sign, as determined by our natal charts, are responsible for assigning personality traits to an individual.


The sun sign, in astrological studies, determines the qualities and abilities which an individual openly expresses in front of others.

Whereas the moon sign determines the repressed or reserved side of individuals, the qualities that are usually hidden from the public eye.

Individuals with Capricorn sun Aquarius moon sign are dutiful, sincere, loyal to their thoughts and actions with an approachable personality.

These individuals tend to have a big social circle, given their sincere and respectful attitude towards others. They are aware of their talents and abilities but also do not shy away from appreciating other’s geniuses.


A combination of Capricorn sun and Aquarius moon makes these individuals highly inquisitive and contemplating nature.

They are a traditionalist at heart but may also indulge in progressive outlooks and ideologies.

People with Capricorn sun Aquarius moon signs are opportunist, organized, ambitious, social, neutral, but can also be sometimes egocentric and narcissistic in their behavior.

Individuals with Capricorn sun Aquarius moon sign are traditionalist in nature, who prefer adhering to known traditions and ideas than to venture out and explore new ideologies.


They prefer being, mentally and physically, close to things that are familiar and known to give themselves a sense of comfort and security.

They are unlikely to willingly waver from the traditions that have been tested and approved by their forefathers and have been a part of their culture for generations.

They are open to listening to anything to find unconventional but will always be a little hesitant and apprehensive about exploring it.

People with Capricorn sun Aquarius moon sign have the tendencies of a psychologist, where they can easily read other people’s emotions and intentions.

They are prime individuals to seek advice and help from, as their insight and intuitive abilities allow them to investigate and understand the problems of others deeply.

They have a good understanding of human nature and can easily distinguish fake people from genuine ones.

They associate themselves with the right kind of people and only make friends with those who stick by them, even in the harshest of times.

Individuals with Capricorn sun Aquarius moon sign give more preference to their rationality and intellect than letting their emotions overpower them.

Instead of taking rash or impulsive decisions, these individuals calmly interpret and analyze the situation before arriving at a fixed conclusion.

This gives stability to their personality, where they remain calm in a state of crisis and use their intellect before they opt to react.

People with Capricorn sun Aquarius moon sign often end up becoming the changemakers of the society.

They may not be emotionally expressive but have a deep understanding of human nature and social psychology, which allows them to use this knowledge to instigate change in society.

They have philanthropic tendencies, where they strive to bring about a positive and productive change in the society. They can easily inspire others with their powerful use of expressions and words.

They are also rational and organized individuals, which allows them to use these skills to create an impact that can move masses in society.

Individuals with Capricorn sun Aquarius moon sign have a pragmatic and practical mindset, where they go for action instead of making big plans and imagining their success.

They believe in doing things, instead of only limiting themselves to think about them. They are efficient dealers when it comes to business and has the skills and abilities necessary to carve out a unique path for themselves in life.

These individuals have a capitalistic mentality, where they will try to commodify, anything they can, to give them the monetary benefit, but they also make sure that they are not extracting their happiness at the cost of someone else’s.

They remain humane and empathetic in their conduct instead of blindly following their lust for success, which not only earns them victory but respect as well.

Individuals with Capricorn sun Aquarius moon sign are the least judgmental of all personality types, which makes them the best confider and an excellent listener.

They remain impartial in their judgments and do not let their biases come in the way of their understanding of other individuals.

This allows them to connect with others on an emotional level, to enable them to understand their anxieties and pain.

Their non-judgmental behavior and open attitude make it easy for others to talk and confide in them without censoring or blocking any of their thoughts.

Can Sometimes Be Insensitive And Indifferent

Individuals with Capricorn sun Aquarius moon sign have their rational side more dominant in their personality compared to their emotional side.

Seeing everything from a rational and logical perspective can sometimes make these individuals appear insensitive and indifferent to other people’s sentiments.

These individuals are more analytical and practical in their behavior instead of getting emotional over a situation.

They prefer action overreaction, which gives off the idea that they are not concerned or affected by the other individual’s pain.

They do feel sympathetic towards them, but instead of mourning with them, they prefer taking concrete steps to eradicate their problems.

May Have Egoistic And Narcissistic Tendencies

People with Capricorn sun Aquarius moon sign may sometimes appear as self–centered and self-absorbed in their behavior.

These individuals are aware of their self-worth and would not settle on anything less than they deserve. They often put others aside and pursue things that they believe would benefit them.

Since these individuals crave perfection and attention from others, they are often labeled as a narcissist, for wanting to be praised or admired by others.

Slow To React To Situations

Since these individuals mostly suppress their emotional side, people with Capricorn sun Aquarius moon signs often do not realize the gravity of the situation or crisis around them.

Their indifferent behavior because of their inability to access the situation is often irritating and offending to others because of which they often find themselves isolated from the groups.

Their loneliness is often self–imposed since they feel as if things are moving too fast around them, making them unable to form a connection with the world around them.

Compatibility Of Capricorn Sun Sagittarius Moon Sign With Others

As mentioned, Individuals with Capricorn sun Aquarius moon sign are not emotional or expressive in nature, which often makes them appear as cold and indifferent towards their loved ones, when that is not the case.

Even though they give off the impression that they do not need anyone, they secretly desire to be equally loved and cherished by others.

They are best compatible with individuals who understand their personality and unexpressed emotions and give them love and admiration, which these individuals desire.


Individuals with Capricorn sun Aquarius moon sign are often hesitant to approach others, as they are overwhelmed by the fear of rejection.

They need some sort of validation or a signal for them to take a step forward and confess. When in a relationship, they provide full space and freedom to their partner, without judging their choices or decisions.

Since these individuals mostly remain serious and practical in their life, they are best compatible with those who bring out their fun and carefree side, by their cheerful attitude.


They are the best match with those who help them find the confidence to open up to others and shed their cold persona.

They both compliment each other by building a deep emotional connection on friendly terms and are respectful of each other’s personality and space.

To conclude, Individuals with Capricorn sun Aquarius moon signs are rational, practical, pragmatic, and logical in their behavior.

They do not let their emotions overpower their intellect, which makes them a better decision-maker, analytical, and change-makers of society.

Their lack of emotional expression often makes them appear cold, distant, and selfish which usually ends up with them being stigmatized or isolated in social gatherings.


Thank you for taking the time to read this article !
You can use Search Bar below to find articles from AloDreams.com

Subscribe to receive updates about The Latest Articles from AloDreams.com
Simply enter your email below to Join Other Followers
We will send you news on a weekly basis. This is a spam free zone - You can unsubscribe at any time. 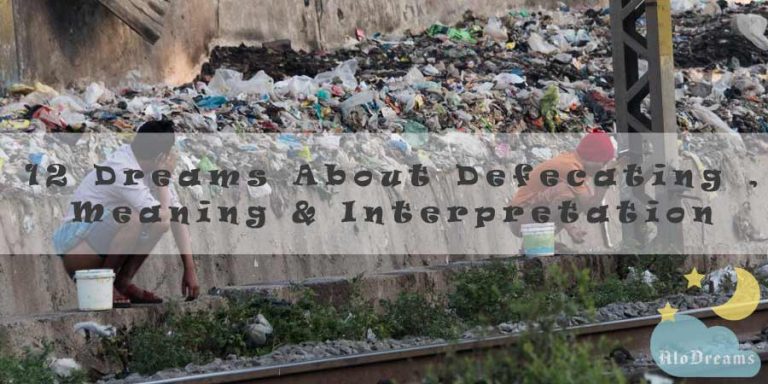 Astrology, a pseudo-scientific discipline, is one of the most relevant and explored fields to study, identify, and analyze {...}

Dreams about fruit will usually have a positive meaning. It can be an indication that there will be an unexpected profit in {...}

Thank You for Visiting AloDreams.com