Zodiac signs form the base of astrological studies, which determine the course of an individual’s journey in this universe.


The total of twelve zodiac signs is entirely unique to each other in terms of their metaphysical properties. Each sign encapsulates a particular set of personality traits, which an individual acquires upon birth.

These zodiac signs not only determine the personality but the compatibility of individuals with his/her corresponding zodiac signs.

Sun and moon signs in horoscope combine together to complete the personality of an individual. Where sun sign is responsible for presenting personality traits which an individual openly expresses in front of others, moon sign transmits characteristics that a person tends to hide from others or is hesitant to express them in public.

Combination of Aquarius sun and Scorpio moon results in individuals with a strong independent personality and a general disregard of following social conventions.

They are ambitious people, determined to reach their destination once they have aimed for something in their life.

Their originality and unconventionality coming from Aquarius sun combining with the firmness of their personality by their Scorpio moon sign make them both self–assured yet stubborn sometimes.

People with Aquarius sun Scorpio moon signs are unusual in nature, with less or no regard for rules and regulation.


They give prime importance to preserving their individuality. Therefore, they are often social outlaws for not conforming to social conventions.

They are known as lawbreakers who go out of their way to resist or rebel against a particular situation or idea which they do not side with.

They seldom give any importance to other people’s opinions and take pride in who they are.

Individuals with Aquarius sun Scorpio moon sign often experience a bumpy professional and personal lives because of their no regard to following prescribed norms.

They are intellects of their time and often turn out in a profession that requires maximum use of logic and intelligence.

People with Aquarius sun Scorpio moon signs are mostly scientists, sociologist or politicians serving the society by utilizing their intellectual, analytical and diplomatic skills to the fullest.

They do have an imaginative mind filled with unique ideas, but they are also realistic in nature and always prefer practicality over their imagination, which is the key to their successful lives.

People with Aquarius sun Scorpio moon sign are born charmers. They know how to woo a crowd and when to use their charismatic personality to maximize their benefit.

They are appealing in the eyes of others for their unpredictable nature and unconventionality. They are polite and adaptive in their attitude to meet the need of the environment which they occupy.

Their external charisma combined with their internal charm, earns them not only respect but makes them stand out in a crowd as well.

Individuals having Aquarius sun Scorpio moon signs are responsible and reliable individuals who take full responsibility for their actions and make sure that things keep steering in the right direction.

They are always ready to accept their mistakes if they have done something wrong and do not blame others for their faults.

These individuals continuously try and make efforts to be the best version of themselves. They look out for their mistakes and make sure to correct them, instead of blaming others.

They keep a close check upon their actions and hold themselves accountable if any mistake or flaw has been made on their part.

They are one of the most comfortable people to work with since they remain loyal and dedicated to their job and make sure that every duty they are assigned ends with perfection and precision.

A combination of Aquarius sun and Scorpio moon sign results in a sharp and independent personality of an individual.

People with Aquarius sun Scorpio moon signs are strong–willed individuals who are always the ones to step forward and make critical decisions in times of crisis.

They have a strong grip over their emotions, which makes them reliable leaders during hardships.

These individuals possess the capability of making rational decisions without letting their emotions overpower their sensibility.

Individuals with Aquarius sun Scorpio moon sign aim for bigger goals, looking for ways to impact masses with their actions in a constructive way, instead of limiting their efforts towards themselves.

Their firm and self–sufficient personality make them born leaders with the ability to manage the crisis without losing their calm.

Individuals with Aquarius sun Scorpio moon sign sometimes come off as egocentric and self–centered, where they become selfish in their actions.


As mentioned above, they are unconventional individuals who do not like taking opinions from others or following what is dictated to them.

Instead, they choose and make their own path and act per their personal ideological beliefs and how they view the world.

On the contrary, they do not respect other’s opinions and become imposing when the other person disagrees with them. They take their view as final and put a maximum of their efforts in proving the other person wrong.

People having Aquarius sun Scorpio moon signs often become confused in their own opinions leading to indecisiveness and lack of clarity in their lives.

These individuals hate change and try to stick with the familiar instead of exploring new ideas or concepts.

These people do not budge from their stance once they have reached a conclusion and take their opinion as the final verdict.

Their resistance to change and lack of acceptance for the unknown often makes it hard for them to embrace new things entering their lives.

As a result, these individuals experience a hard time adjusting to their new surroundings or getting complicit with the change in their lives.

A combination of Aquarius sun and Scorpio moon sign results in individuals who love living their lives in extremes.

They are brave and adrenaline junkies who are attracted to doing extreme sports and daring activities. They prefer spending their free time in skydiving or mountain climbing, instead of being confined in homes or visiting places.

They love living on the edge by willingly putting themselves in danger to get that adrenaline rush, which they badly crave.

Their reckless personality often puts them in unnecessary risk, but they continue to pursue their passion without letting the past damages interfere in their present actions.

Individuals with Aquarius sun Scorpio moon sign can be very spontaneous sometimes. Usually, they prefer hiding their emotions instead of being expressive about the burdens which they have to face in life.

Sometimes the pressure becomes too much, and they crumble under the intensity of the situation as a result of which they become reckless and impulsive, and they willingly end up putting themselves in dangerous situations to deal with their temperament.

Compatibility Of Aquarius Sun Scorpion Moon Sign With Others

Individuals with Aquarius sun Scorpio moon sign are passionate lovers who seek for deep emotional and physical connection with their partners.

They may be a little perverted or have weird fetishes not acknowledged by the general public but have deep respect and consideration for their partners.

They are unpredictable individuals who act according to their whims and desire; therefore, sometimes, it gets a bit handy to understand their personality.

They find themselves compatible with individuals who are patient enough to understand the varying aspects of their character.


People with Aquarius sun Scorpio moon signs are incredibly stubborn and imposing in their opinions; therefore, they find themselves compatible with individuals who are less dominant and more compromising.

They find a strong connection with people who respect and consider their views instead of outcasting them.

They seek after strong and confident individuals to become their partners, but their relationship does not last long because of their dominating personalities creating clashes and differences of opinion among them.


The best match for people with Aquarius sun Scorpio moon sign is a born Aries sign. The air element in their personality makes them more resistant and patient in understanding and dealing with these individuals.

Aries people are the only zodiac sign who can successfully control their whimsical characters.

The patience and sensibility of an Aries combined with the stubbornness and dominance of an Aquarius sun Scorpio moon sign creates a perfect neutralizing effect that generates a balance between their personalities and strengthens their bond.

To conclude, individuals who are born with Aquarius sun Scorpio moon sign are unconventional, unusual, and eccentric individuals who prefer living by their own rules instead of adhering to prescribed doctrine.

They are thrill-seekers and adventure-loving individuals who prefer living their life to the fullest instead of confining or repressing their personality.

They often come off as stubborn and imposing, but when treated accordingly, they are one of the most charming people to hang out with.


Thank you for taking the time to read this article !
You can use Search Bar below to find articles from AloDreams.com

Subscribe to receive updates about The Latest Articles from AloDreams.com
Simply enter your email below to Join Other Followers
We will send you news on a weekly basis. This is a spam free zone - You can unsubscribe at any time. 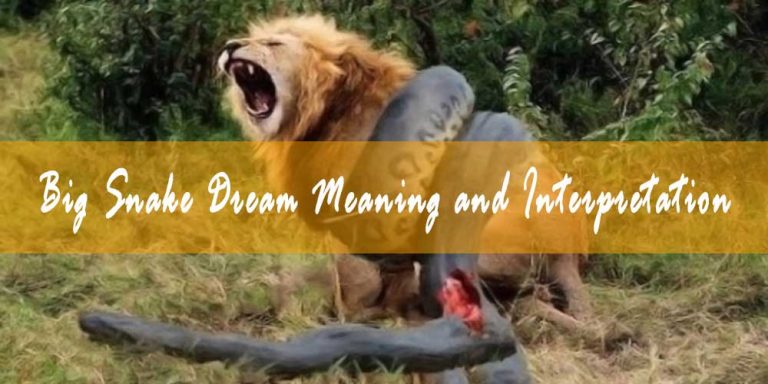 The snake was crawling towards me, I could see its eyes glittering as it came near me. I also noticed that it kept growing in {...}

Dreams and Visions are the ways through which we tend to understand certain things about our life and existence, that is, {...} 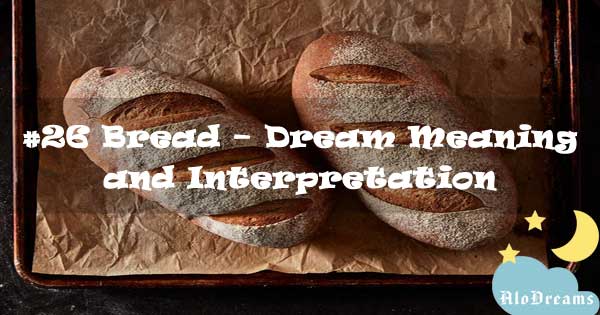 A loaf of bread in dreams means financial ability. It represents the capacity to provide for yourself and to be self-reliant {...}

Thank You for Visiting AloDreams.com